Support us! ImproveCraft may earn a small commission from affiliate links in this article. Learn more

There is more to 3D printers for miniatures than you know. Whether it’s creating new accessories for your action figures, adding to a table display, or even unique creating household items, this expensive yet intriguing method of creating items is one that everyone’s dipped into in some capacity. Some schools have classes that revolve around 3D printing miniatures, plenty of companies rely on them for modeling plans, if you are interested, we have prepared a detailed review so you can choose the best 3d printer for miniatures, let’s get started!

What is the best 3D printer for miniatures?

This list, on the other hand, will go through what might be a good selection of the best 3D printers for miniatures that might suit you better. Given the recent interest in these items, you should get a better idea of what to expect from these selections in terms of features, quality, and ease of access. These five options we have will be broken down before you read the article’s buying guide.

The first 3D resin printer on this list is the ANYCUBIC Photon UV, which comes with a 2.8-inch SmartTouch Color Screen as well as an off-line printing base measuring 4.53 inches by length, 2.56 inches by width, and 6.1 inches by height. Considered to be the Editor’s Choice among the listed 3D printers for miniature printing, the ANYCUBIC Photon UV makes for an easy introduction to the hobby of 3D printing thanks to the accessible software and a limited number of settings compared to an FDM printer.

The ELEGOO Mars 2 Pro Photocuring LCD 3D Printer doesn’t skimp out on its beefy attributes. You can’t have a 3D printer for minis without software that’s more accessible, and a touch screen to go over your files before the printing session even begins works as a cherry on top of this wonderful device. With all that and an LCD screen that measures 2560×1440 and comes with 2K HD masking, this is a 3D printer that D&D fans would not want to skip!

While it may be a little pricier than the other two printers mentioned so far, it at least provides some features of its own to stand out from what’s already been mentioned. Kids will love trying the Comgrow Creality Ender 3 Pro 3D Printer out thanks to its ease of assembly and the fact that it’s half-way built. The STEM Projects that come with the printer are a fun addition for their learning skills, and it can allow them to share whatever they came up with for their friends to try out in terms of printer settings. Overall, it’s very safe for kids to use as it would be for adults; both would love to tap into some “best 3D printer for figurine” thoughts as they go deep with their creativity.

As the fourth printer of this list, the Ultimaker 2+ has got quite the contrast in price compared to the other ones mentioned so far. While it’s got more value for money in its features and build quality, it’s most certainly worth mentioning that it’s far more expensive as well as having a lot more weight than what’s already covered on the list. Even the accessory account is impressive, seeing as it includes items you wouldn’t expect to find like glue sticks and grease. Regardless, this is still an amazing printer to choose for those with a bigger budget.

Last but certainly not least is the Sindoh 3DWOX DP200 3D Printer, this Red Dot Design Award winner is certainly made for the expert designers that want more of a premium experience than ever before. It’s the second most expensive 3D printer on this list, but it thankfully has more value for money than the Ultimaker 2+ 3D Printer. Thanks to its features and varying forms of connectivity to share any digital files online, the Sindoh 3DWOX DP200 Printer becomes a necessity for any 3D designers wanting that special bang for their buck. There are a great number of benefits from using this printer, and the connectivity options are extremely versatile; whether a user has a USB cable or flash drive, Wi-Fi, or Ethernet, this device won’t fall short with its users.

With these five printers finally covered, it’s time to go over the buying guide if you’re a beginner to this hobby. While you may want to diverge into your buying path as time goes on, this article strives to advise you on what’s recommended based on your current budget and what you would need out of a printer rather than what you want.

You may want to go for a 3D printer that’s not too expensive. You’ll need a good amount of money before even thinking about buying one. The first two (ANYCUBIC and ELEGOO) make for great options as their prices are nowhere near as high as the fourth and fifth printers on the list (Ultimaker and Sindoh).

The features are also a noteworthy aspect of selecting your printer of choice; let’s assume you are a beginner at 3D printing and want to learn all about the basics of the hobby before delving into the other, more complicated tasks. The Comgrow 3D printer, despite being a bit more expensive than the first two offerings, is at least great to buy if you want to learn what it takes to make a tabletop miniatures 3D model. That way, you may better understand how the hobby works before getting a more complex printer.

How many do you need, and how many tasks with said accessories would you tackle? Ultimaker’s printer has a wide selection of accessories to use, but do you want to keep track of them if you’re not that experienced, or would you prefer to keep things simple with the other printers? These questions should be taken into consideration, but there are plenty of answers that would normally be found in a FAQ list related to 3D printers.

How does 3D printing work?

3D printing differentiates itself from regular printing quality by letting you turn a digital file into a physical object. It was a feat done by manufacturers in the past, and now it’s grown more accessible in recent years for schools and households. Anyone with a 3D printer can create whatever item they please as long as they made a digital file beforehand. The options are so limitless that you can create either something simple like a small figurine or pieces that make up a brand new toy or accessory overall.

What is the appeal of a 3D printer?

There’s so much that can be done with a 3D printer, especially for those with a lot more imagination than usual; aside from adding to already existing objects or making new items, it’s easy to delve into a career of some kind, whether you’re interested in selling products that are 3D printed or even be hired for a company involved with creating items.

What is the best time to delve into 3D printing?

This hobby is best recommended if you have the finances to buy the printer, as well as getting the filament needed to create your items and even work on maintenance for the printer. Those that are involved with running a school or a small company would have no real issue if they have the experience of using a 3D printer, but those that are making use of one for personal reasons will need to learn a lot more about taking care of it. Some of the cons alluded to quality control being a concern, so be sure to know when to reach out to the company behind these printers as well as understand what might lead to the issues you run into.

Now that you’ve gotten an idea of what to expect from 3D printers, it’s easy to assume that they’re a very complex yet fascinating piece of technology that grows in popularity over the years, whether you want to add to the items you already own or want to make use of your imagination and create a new item altogether. These 5 options are the best 3d printers for miniatures that you can find, whether you want one with value for money in mind or one with a rich amount of features and accessories to use when needed. All you need is the experience in creating digital files before actually getting one of the five printers mentioned above, but whatever option you are going with, whether it’s said to be the best there is, has a great price while still being good, or is made for beginners in mind, there is no doubt that you will have nothing but enjoyment from purchasing a 3D printer.

Self-confessed craft addict. Founder and author at ImproveCraft.com. From needlework to paper crafting or home decor, my love for making things extends well beyond the basics.What initially started as a hobby has become a life path that got me to be well versed in the art of crafting and its different branches. I love to share my crafty adventures with readers as I explore new techniques, current crafting trends, and quality projects. More About Our Team 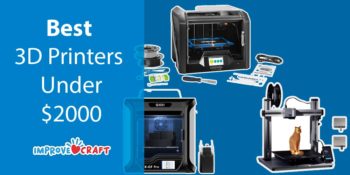 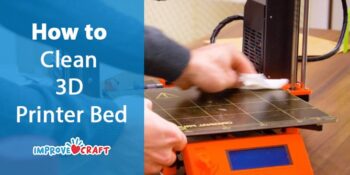 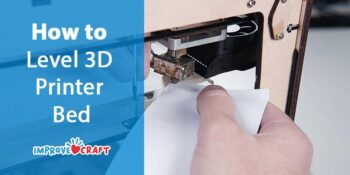 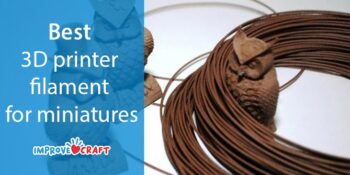 ImproveCraft.com is a participant in the Amazon Services LLC Associates Program, an affiliate advertising program designed to provide a means for sites to earn advertising fees by advertising and linking to Amazon.com.